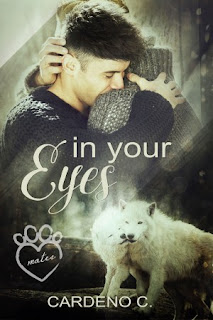 “You look like you’re about to fall over,” he said. He sounded concerned, not like he was mocking or judging me, so I didn’t argue. “You haven’t slept in days, have you?”

I shook my head and focused on keeping myself upright.

“Well, that explains why all that tightly held control finally snapped.”

Wincing at the reminder of what I’d done to him when I lost my control, I lowered my gaze and started stepping away so I wouldn’t crowd him.

“No.” He grasped my shoulder and then eased his hand onto my back. “That wasn’t a complaint.” He sighed. “We need to talk, but first we need to get you operating on all cylinders, which means sleep. Where’s your room?”

Pride should have kept me from letting him decide what I needed and when. Instinct should have prevented me from leading him to the place where I slept and was most vulnerable. Self-respect should have stopped me from giving in to my exhaustion by slumping my shoulders and shuffling my feet as I neared the bedroom. And yet I did all of those things without a second thought or a hint of hesitation.
When we got to the bed, he dropped his hand from my back and waited for me to get in. I shivered, suddenly cold in my core. I looked at him, not sure what I wanted, but certain he could provide it.
“I’m filthy,” he said, gesturing to his blood- and dirt-covered body. “You lie down and I’ll go wash up.”
He was right. I could only imagine how he felt, coated in filth and grime. “I’m sorry. I should have thought to… I shouldn’t have put you… I—”
“Shhh.” He cupped the back of my head and massaged my scalp. “You need sleep. You can’t complete a thought or think straight.” He tilted his chin toward the door at the end of my room. “That’s the bathroom, right?”
I nodded.
“Take your clothes off and get in bed. I’ll be right back.”
It wasn’t until my shoes and pants were pooled around my ankles and I was stripping my shirt off that I realized what I was doing. Why on earth was I listening to what he said? Why was I putting myself in an exposed and vulnerable position? Why was I letting him bathe in my shower when I normally couldn’t stand anyone in my personal space?
“You know why, Samuel.”
I darted my gaze up and saw Korban standing in the bathroom doorway, looking at me.
“Did I say that out loud?” I asked. “No.” He shook his head.
“Then how did you—”
He smiled at me, his expression soft. “Sleep, Samuel. You know all of this in here.” He tapped his hand against his chest. “You just need to let go of the things you’ve learned in here”—he tapped the side of his head—“to realize it.”
Whether I would have argued or demanded more answers, I’d never know because Korban walked into the bathroom and I heard the shower turn on. It would have been mean to prevent him from washing, so instead of pushing him for an explanation, I padded into the bathroom, retrieved a toothbrush from the drawer where I kept extra toiletries, and set it on the counter.
“There’s a toothbrush next to the sink,” I said, trying not to look at his form behind the steamy glass enclosure. “Everything else you need should be in the shower.”
“Thanks, Samuel.” When I didn’t move, he chuckled and spoke again. “I promise I won’t be long. Go to bed before you fall over where you’re standing.”
I was tired beyond belief, but I doubted I’d be able to sleep with everything going on. I was far too anxious. Still, I did what Korban asked and slid between the sheets.
Though I remained awake, the sounds of him in the adjoining room lulled me into a relaxed state instead of making me tense. Even the water turning off, his bare feet slapping on the tile floor, and him brushing his teeth melted tension from me. By the time Korban walked into the bedroom, I was breathing easier and no longer felt ice-cold inside.
“You look better,” he said quietly, pressing his palm to my forehead and then brushing my hair back. “Still tired, but better.”
I blinked my eyes open and watched him, trying to figure out what he was doing. He was being nice, tender. It didn’t make sense. And I liked it, which also didn’t make sense.
“A good night’s sleep and you’ll be back to yourself.”
“Why are you doing this?” I said quietly. “I hurt you and you’re taking care of me. Why?”
“For the same reason I’m going to get in bed with you and you’re going to let me.”
“There are lots of other bedrooms in this house,” I said. “The beds are just as comfortable. The doors have locks.”
Not that I couldn’t break through a locked door, but at least it would be some barrier to keep him safe from me.
“I know.” He picked up the blanket and sat down. The man had no self-preservation instinct.
I looked at him for a second and then slid over, making room for him to lie next to me.
Immediately, he reached over, wrapped his arms around me, and tugged me close until we were pressed together. It was then I remembered he was nude. It made sense because he hadn’t been wearing clothes before the shower and he didn’t have any at my house. But still, he was nude. In my bed.
“What?” he asked.
“I didn’t say anything.”
“Your entire body tensed and you’re barely breathing.” He smiled and combed his fingers through my hair. I had never let anyone touch me that way, not even my parents. But I let him. I liked it. “That’s saying something with your body. What freaked you out?”
“You’re not wearing any clothes.” “I know.”
“Oh.” I swallowed hard, thinking about his nonresponse. “Why aren’t you wearing any clothes?”
“For the same reason you’re glad I’m not wearing any clothes.” 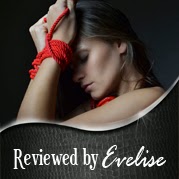 Loving, tender, swoon-worthy, all words to describe In Your Eyes by Cardeno C.- the second book in the Mates series. Korban has always known the very rigid-very little fun Samuel was his mate. But, in order to deter and avoid prejudices from his father and the pack, Korban bid his time until the right moment presented itself to reveal the truth to Samuel. Caught in a downward spiral, the two men finally come together through tragedy yet find each other and comfort on the other side.

Cardeno C. created a beautiful love story with two well-developed characters, both of which exuded confidence and charisma throughout the tale. Cardeno C.’s portrayal of the emotionally stifled Samuel was executed with dignity and grace, allowing for the man to grow with sensitivity and sensuality. Korban and Samuel were the true meeting and twinning of souls, each complimenting the other and elevating his partner.

In Your Eyes was the complete package—love, great sex and hot men who weren’t afraid to show their inner beauty.
Book provided by author/publisher in exchange for an honest review