USA Today bestselling author RJ Scott has written over one hundred romance books. Emotional stories of complicated characters, cowboys, single dads, hockey players, millionaires, princes, bodyguards, Navy SEALs, soldiers, doctors, paramedics, firefighters, cops, and the men who get mixed up in their lives, always with a happy ever after.

She lives just outside London and spends every waking minute she isn’t with family either reading or writing. The last time she had a week’s break from writing, she didn’t like it one little bit, and she has yet to meet a box of chocolates she couldn’t defeat.

I wished he’d just let me talk. “I thought that—”

He didn’t even wait to hear what I was saying, exiting the room and slamming the door so hard the wall shook.

I stared at the space he’d been taking up as if it had all the answers. Five minutes, that was all that had passed in the aborted meeting, and I’d never witnessed such a range of emotions. I didn’t know how long I stared, but it was long enough to conclude that Nick Horner had lost his shit in a spectacular way. I picked up Hannah’s paperwork and shuffled it into a pile—lost in thought when the door flew open again—and Nick walked back in. He closed the door behind him and leaned there, his chin on his chest.

“Christ,” Nick muttered, then pressed his fingers to his forehead.

“Mr. Horner?” I asked cautiously, not wanting to spark anything weird. There were only maybe five steps between us, and I was close enough to see his wet eyes—it wasn’t fear I was feeling, but compassion. “Nick?”

He winced when I used his name. Had I overstepped? Or was there something else going on?

“Do you have a bathroom?” he asked.

I gestured to the end of the conference room, and he headed that way. I followed him a few steps, wondering if he needed something, confused as hell, and when he didn’t close the door but just splashed water on his face, I waited at the doorway for him to talk.

“Do you need me to get anyone?” I asked.

He turned toward me so fast I took a step back. “No—I know there’s something going on with Hannah.” He pressed a wet hand to his chest and left a damp spot there. “I know in here that I’m letting her down because I can’t get my head straight, and she’s carrying a load I should be lifting.” He yanked paper towels from the supply and scrubbed his face, then threw them into the trash can. “I came back to apologize, but…” He pressed fingers to his temples and winced.

“Hannah is an exceptional student, and I just want what’s best for her.”

“I know that I’m failing at this, and if people find out how about her, how do you think this will look to them?” he asked tiredly, supporting his weight by gripping the vanity.

Wait? What? He was upset because he didn’t want people to know his daughter was struggling? “Sorry?” I was angry then. I couldn’t help it, and the irrational side of me spilled out all over him. “Are you saying you care more about your media profile than your daughter?”

“No. What?” He looked horrified. “That’s not what I meant. Of course, I don’t think that.”

“No! Yes. You don’t understand. There are people who think they know me and judge me for every goddamn move my family makes.”

His anger slipped, and in its place was a vulnerability so raw that I took a step closer and raised a hand. I didn’t know what I would do, touch him in reassurance, pat him, thump him for shouting at me? God knows, but he was confusing the hell out of me.

“You don’t know what it’s like for everyone to be watching you all the time!” he said and then slumped. 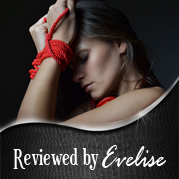 Listen, Single Dads by RJ Scott was a nice addition to the series. I enjoyed all of the books in the series and Listen was no different. Elliot and Nick were like able characters, yet I had issue with both of them, especially Elliot.

The premise of Nick wanting to open his family to a small deaf child was a good storyline, as was Nick’s life and means. I enjoyed the interaction between Nick, his children, and Elliot’s family, but I found Elliot self absorbed and narcissistic. As an educator myself, it is not in our wheelhouse to stop the potential adoption of a child- that’s for the court system. Further, Elliot assisting Nick in learning to sign was a courtesy endeavor, not court appointed for his opinion- an unprofessional opinion at that since he was an English teacher, not hearing impaired or special education.

Once I got over my slight dislike of Elliot, I channeled my energy into the story, which I liked.

Ms. Scott always develops her story to capture your attention, no matter the emotional Investment.